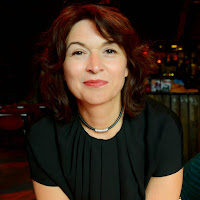 Masterclass: ‘The Postcolonial Cultural Industry: Icons, Markets, Mythologies’.
On Friday June 5, 2015 the Netherlands Research School for Literary Studies (OSL) and the Netherlands Research School of Gender Studies (Utrecht University) in cooperation with the Postcolonial Studies Initiative (PCI, Utrecht University) are organizing a masterclass with professor Sandra Ponzanesi around her publication ‘The Postcolonial Cultural Industry: Icons, Markets, Mythologies’ (Palgrave Macmillan, 2014).
In this masterclass, PhD candidates and Research Master students are invited to connect their research project to the discussions in ‘The Postcolonial Cultural Industry’ relating to issues such as globalization (what is the role of postcolonial cultural industries in the age of globalization?), cultural value and the canon (how is cultural value attributed to postcolonial artworks and how are they used to create cosmopolitan distinction?) adaptations (what happens to the postcolonial in processes of adaptation?), or other angles which connect their work to Professor Ponzanesi’s book. Each paper will be briefly discussed by a designated respondent and faculty member with relevant expertise.
Prof. Dr. Sandra Ponzanesi will give a keynote lecture.