On September 16, 2014, the Postcolonial Initiative PCI Utrecht starts its fifth postcolonial film series with a selection of films shown monthly that draw on a variety of different contexts in our postcolonial world. The series is organized annually and invites all interested in our European postcolonial present and the representation of its political, cultural and aesthetic realities and challenges. We want to explore, through visual representations and cinematographic narratives, how these realities are analyzed and re-imagined in contemporary film. Each film will be introduced briefly by scholars connected to the PCI.
The PCI is sponsored by and connected to Utrecht University's research focus area Culture, Citizenship and Human Rights

With the special participation of Peter Fudakowski.
Introduced by Gene Moore  (UvA)

Screening to be Confirmed. Introduced by Doro Wiese 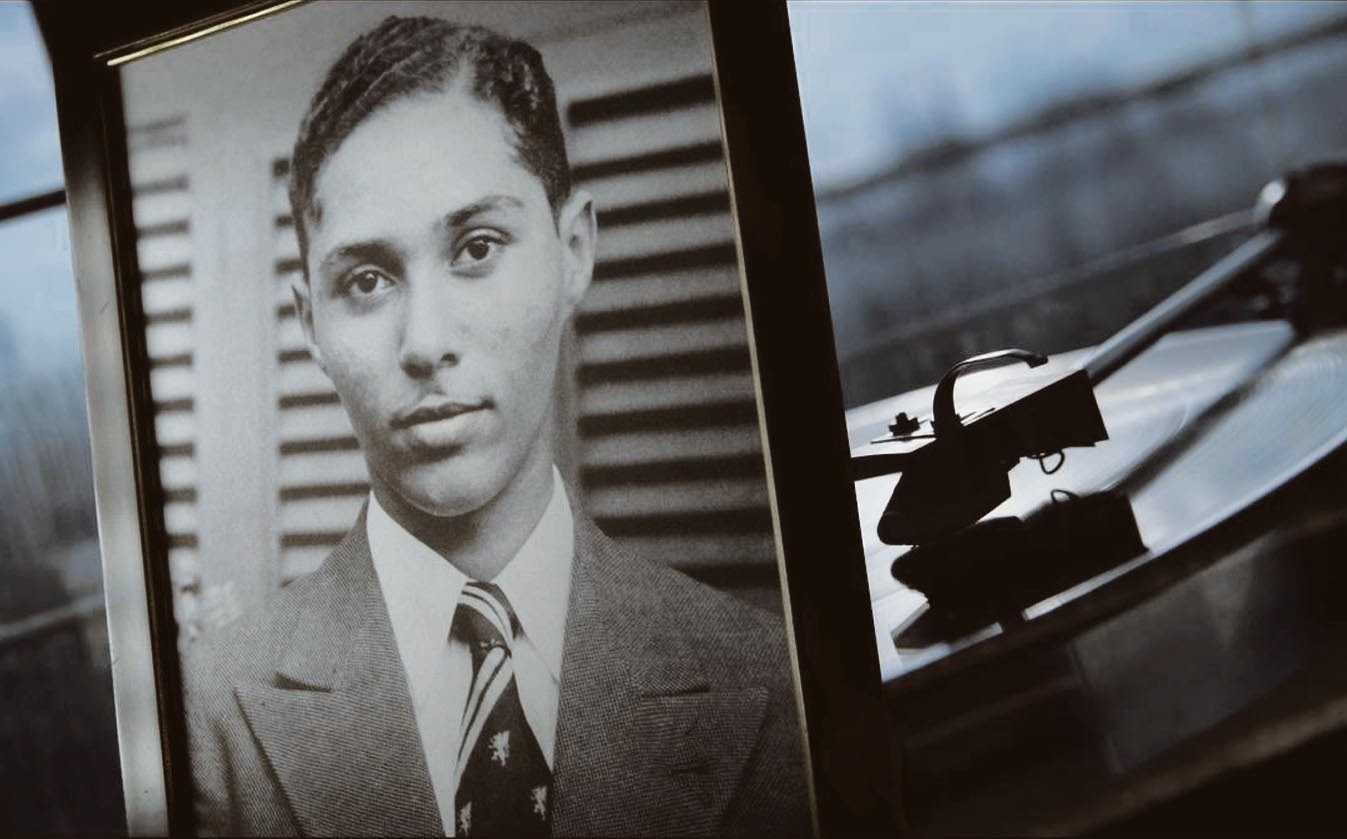 John Akomfrah's film is a tribute to Stuart Hall, the founder of the New Left Review and pioneer of cultural studies. Filmmaker John Akomfrah uses the rich and complex mood created by Miles Davis’s trumpet to root a masterful tapestry of newly filmed material, archival imagery, excerpts from television programs, home movies, and family photographs to create this lyrical and emotionally powerful portrait of the life and philosophy of this influential theorist. Akomfrah finds a new and quietly moving significance in Hall's own life story: a man who came from Jamaica – which Hall elegantly calls the "home of hybridity" – and found himself not really at home there, nor in the postwar UK in which he began a brilliant academic career at Oxford.  It is a deeply considered project that reconsiders culture and identity for those excluded from the circles of power through race, gender and class.

The second film is:


District 9 is a science fiction thriller directed by Neill Blomkamp. Part-action film, part-political allegory, the film is set in present day Johannesburg, South Africa, where, thirty years ago, an alien spaceship appeared in the sky and has been hovering over the city ever since. Instead of an invading army, the crustacean-like aliens turn out to be refugees, helpless and starving. In the three decades since then, these unwanted immigrants have been confined to a housing slum known as District 9, a collective object of fear and loathing for the human population. Now, the aliens are to be forcibly evicted and relocated to an internment camp outside the city.
With its corrugated tin sheds and abject poverty, District 9 stands in for the township settlements where more than a million South African blacks still live without basic human services, two decades after the end of apartheid, whose shadow looms over the film, just as the enormous broken-down mothership does over the city. The racial tensions that marked that period in South Africa’s history are here transposed onto inter-species hostility. The poison that permeates District 9 is the same toxin that has defined so much of human history: the oppression of the Other. 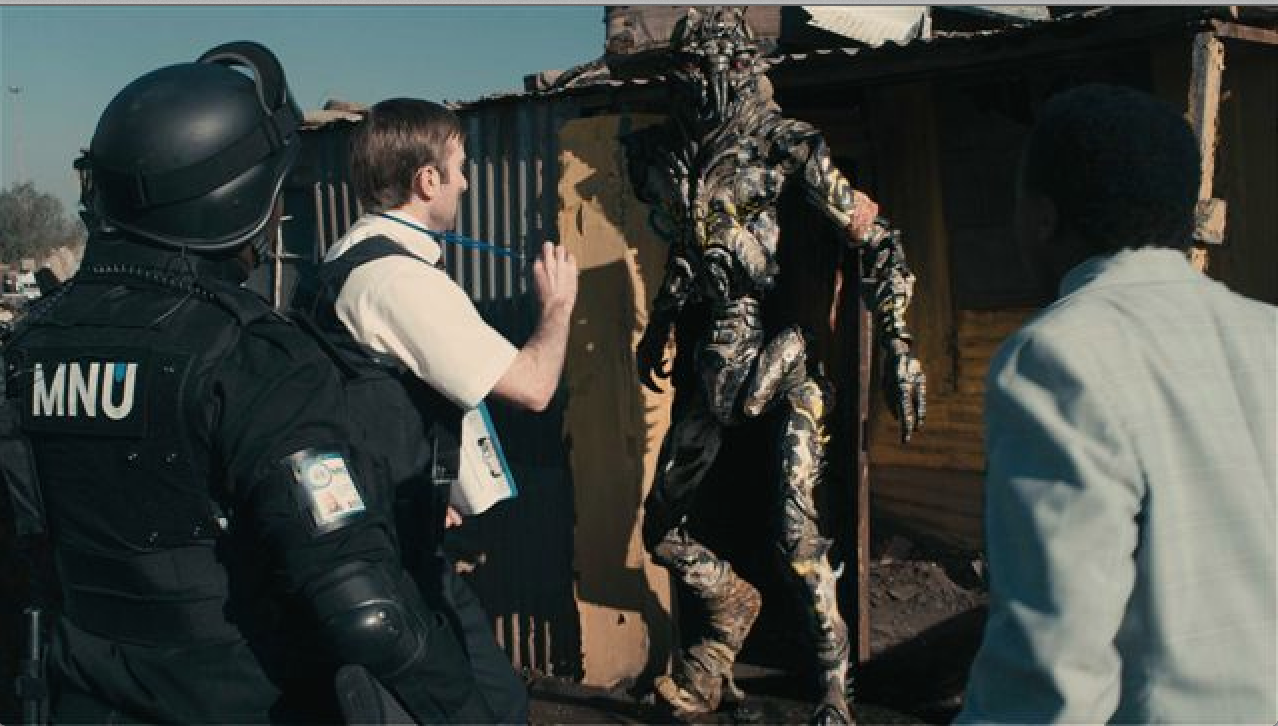 Secret Sharer is a contemporary fable about human relationships at sea. Set on a rusting cargo ship in the South China Sea, it's the Polish captain's first command. His mutinous Chinese crew suspect that he and their unscrupulous Boss want to scuttle the ship in an insurance swindle. When the crew suddenly take to a boat and leave, the young captain is left alone on board, helpless, anchored in a bay. That night, while waiting anxiously on deck, he hears a noise and looks down to see a naked body in the sea below, at the foot of the ship's rope ladder. It turns out to be a Chinese woman, apparently in distress. She climbs on board, but says nothing except "Hide me". Dawn comes a few hours later and so does a search party, looking for a murderer..... (in English and Mandarin). Inspired by Joseph Conrad's "The Secret Sharer". http://imdb.to/VSqiFB

Peter Fudakowski is a film producer, writer and director. Secret Sharer is Peter’s first feature film as a director. He started writing screenplays in 1994 and has developed many feature film projects, including Secret Sharer, together with script editor and wife, Henrietta. Tsotsi (2005), which was Peter’s first film as sole creative producer, won the Oscar for Best Film in a Foreign Language in 2006.
Peter (Piotr) Fudakowski was born of Polish parents in London. Peter graduated with a Masters degree in Economics from Cambridge University and an MBA from the European Institute for Business Administration (INSEAD) Fontainebleau.
Peter set up his own production company with Henrietta as script editor and head of development. Their company, Premiere Productions Ltd, celebrated its 20th year in the film business with the Academy Award-winning Tsotsi. Peter was also nominated for the Most Promising Newcomer (Producer) at the 2006 BA 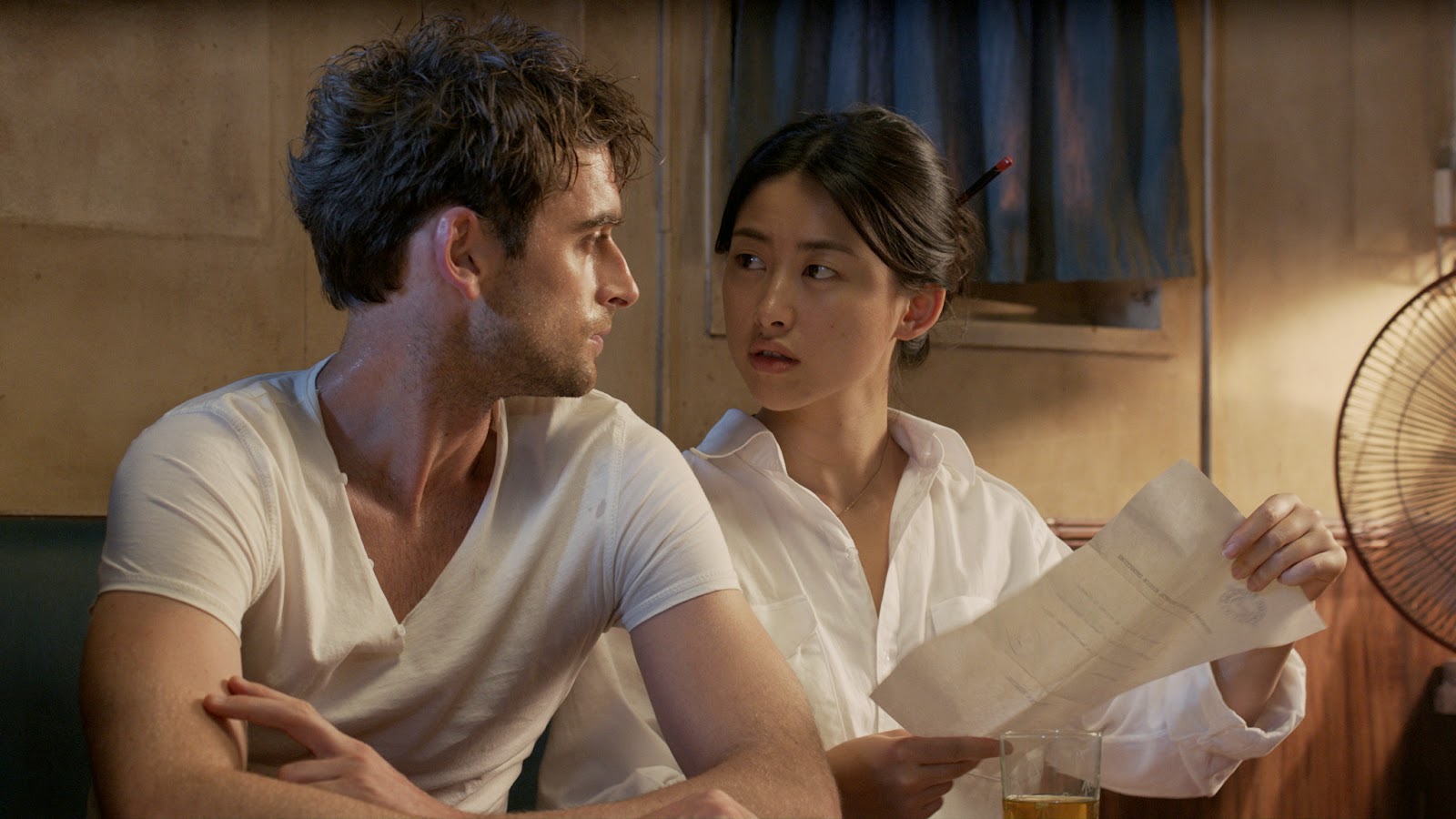 
admission is free by please register by sending an e-mail to s.ponzanesi@uu.nl
For more information please go to: www.postcolonialstudies.nl


Set in Los Angeles, Mosquita y Mari (2012) is the coming-of-age story of close friends Yolanda and Mari, two young Chicana high school students, who fall in love with one another while negotiating a range of issues related to family, community, and desire.  Layers of emotion are communicated with depth -- yet also silence -- in this bilingual, bicultural film that fills a gap in media representation in its portrayal of queer Latina women.  The film's characters struggle with the challenges posed by undocumented immigration and single-parenting while simultaneously experiencing a sexual attraction that cannot be spoken about. This is the first feature-length film from Chicana director Aurora Guerrero, an SF Bay Area-based activist and community organizer and student of Cherríe Moraga.  Having debuted at the Sundance Film Festival in 2012, the film is also noteworthy in that it was partially funded through a successful Kickstarter campaign. 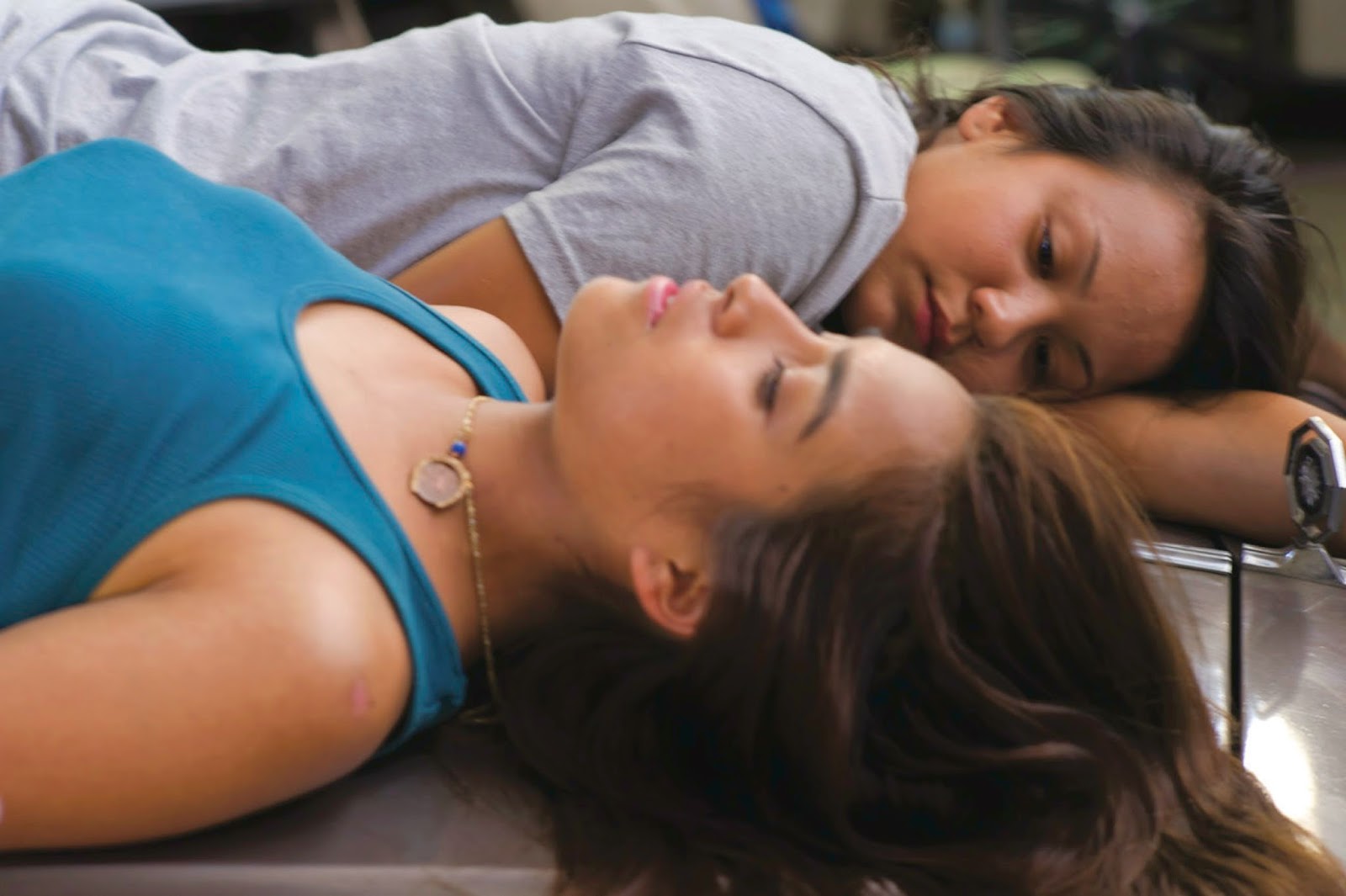 
In this 2011 Italian drama, fisherman Ernesto and his grand-son Filippo save a group of African immigrants off the coast of the small island of Linosa, a little north of Lampedusa. Out on their daily fishing-tour, they find an overpopulated boat with migrants in distress and take as many on board as they can, bringing them back to shore. A woman from the group takes refuge with Ernesto’s family, although the authorities pursue the family for facilitating illegal immigration. A drama unravels between compassion and powerlessness, empathy and fear of prosecution, when the family decides to help the woman, with her little boy and a newborn baby, to reach Italian mainland and find her husband in Turin. Emanuele Crialese’s film premiered at the 68th Venice International Film Festival and was selected as the Italian entry for the Best Foreign Language Film at the Oscar Academy Awards in 2012. 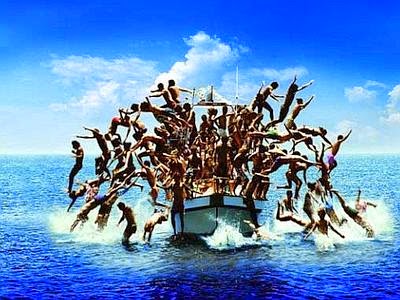 Screening to be confirmed


Concerning Violence is a bold, fresh, and compelling visual narrative about the African liberation struggles of the 1960s and 1970s. It combines newly discovered archival material depicting some... » of the most daring moments in the confrontation with colonial power, accompanied by singer Lauryn Hill’s searing narrative and drawn from psychologist/philosopher Frantz Fanon’s seminal anticolonial text, The Wretched of the Earth. In this potent, arresting, and surprisingly emotional film, Olsson artfully elucidates Fanon’s psychiatric and psychological analysis of the dehumanizing effects of colonization on the individual and the nation. Concerning Violence makes accessible Fanon’s theory that the violence of colonialism must be met with greater violence to be defeated, as well as his vision and plea to reject the lust for colonial power and instead embrace a more creative and humane society. As a result, Olsson’s powerful documentary makes an accurate, timely, and vital contribution toward building a better world for the future. (Sundance Filmfestival) 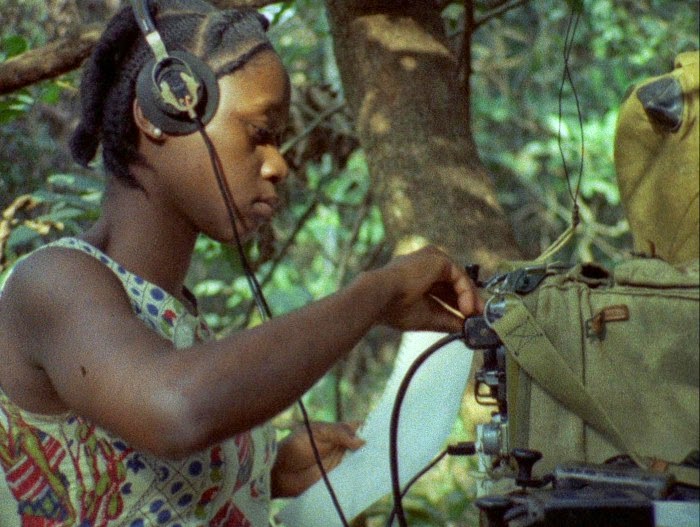 
Introduced by Sandra Ponzanesi
Based on an award-winning novel of the same name by Chimamanda Ngozi Adichie, ”Half of a Yellow Sun” is helmed by Biyi Bandele, a novelist and playwright making his film directorial debut. A well-intentioned historical drama that unfolds in the 1960s against the backdrop of the Nigerian Civil War as the country descends into sectarian chaos and armed battle – the Igbo people fighting to establish Biafra as an independent republic. The story centres around a pair of twin sisters from a well-to-do family, Olanna (Thandie Newton) and Kainene (Anika Noni Rose), who return to their homeland after expensive educations in England, and have to struggle for their survival after the falling apart of their country. The film relies on strong performances by Chiwetel Ejiofor playing Olanna’s radical professor and Thandie Newton playing Olanna. 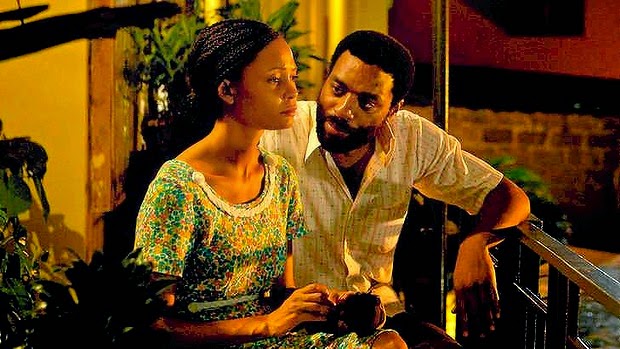 
Queen is a movie about growing up. Rani (Kangana Ranaut) is a Delhi girl from a conservative family who is ditched by her fiancé just before her marriage. Shocked by this, she decides to set out on the planned honeymoon alone. As she travels the world and meets new people, she gains new experiences and discovers her own identity. 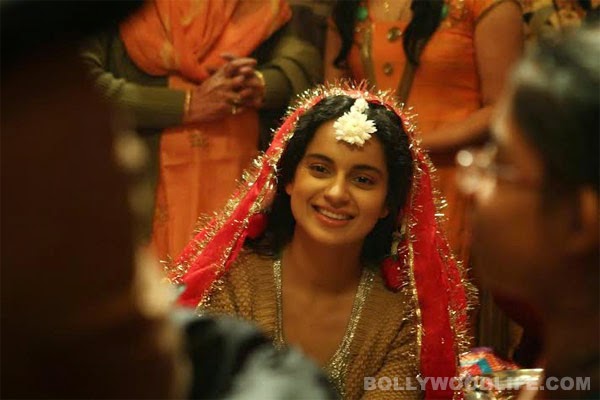 The 2015 WFI Symposium Communications, Postcoloniality and Social Justice. Decolonizing Imaginations 26th-29th March, 2015, Villanova University, Villanova PA, USA, seeks to inaugurate a scholarly conversation on the future and present of the discipline—and, specifically, how Communication/Media Studies and Postcolonial Studies can mutually inform each other in the advancement of social justice projects.