On December 3, 2013, the Postcolonial Initiative PCI Utrecht starts its fourth postcolonial film series with a selection of films that draw on a variety of different contexts in our postcolonial world. The series is organized annually and invites all interested in our European postcolonial present and the representation of its political, cultural and aesthetic realities and challenges. We want to explore, through visual representations and cinematographic narratives, how these realities are analyzed and re-imagined in contemporary film. Each film will be introduced briefly by scholars connected to the PCI

The postcolonial film series 2013 screens on 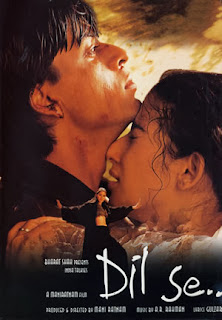 Considered to be a film about doomed love sets against the background of terrorism and female involvement in combat Dil Se is a powerful film on nationalism and the call of god set in stunning outdoor locations (Kashmir, Assam, Ladakh, Kerala, Delhi, Buthan). Since becoming a crossover success in Hindi with NAYAKAN ("Boss," 1987, a dubbed version of his award-winning Tamil film starring Kamal Haasan) South Indian director Mani Ratnam has made a series of controversial mainstream films that touch on potent contemporary issues: the bloody Kashmir secession conflict (ROJA, 1992) and the Bombay Hindu-Muslim riots of 1993 (BOMBAY, 1994). His fourth Hindi film, DIL SE, is a spectacular and disturbing romance set against a background of insurgent and counter-insurgent violence in the eastern Himalayan region, and the threat of national disintegration, especially following the 1991 assassination of Prime Minister Rajiv Gandhi by a female suicide-bomber. The film casts megstar Shahrukh Khan and Manisha Koirala in lead roles while Preita Zinta (in her film debut) appears in a supporting role. The film is considered an example of Indian Parallel Cinema. The highly stylized film, with camerawork of Santosh Sivan, and music by A. R. Rahman won awards for cinematography, audiography, choreography, and music, among others. 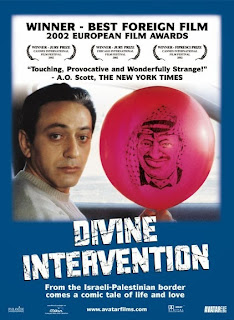 Palestinian lovers separated by checkpoints between Ramallah and Jerusalem try to get round the obstacles in their way. Elia Suleiman's film, ''Divine Intervention,'' is subtitled ''a chronicle of love and pain.'' But the description is also a little misleading: those large emotions -- and a smoldering political anger about Palestinian life under Israeli occupation, as well -- are refracted through a series of quick, mordant vignettes, some of which are like cinematic riddles and visual puns, delivered in elegant deadpan. ''Divine Intervention'' is divided into three sections, each devoted to a spot on the troubled map of Israel and the Palestinian territories and linked by the hero's suffering and the director's cool, observant camera. This is a deadpan comedy of sorts, almost silent, with touches of Tati and Keaton - and certainly quite unlike anything you'll see about the Middle East on the news (Peter Bradshaw, The Guardian). The film was nominated for the "Palme d'Or" award at the 2002 Cannes Film Festival, the film's consideration as candidate for Best Foreign Film at the Academy Awards was an occasion for considerable controversy, based on the rumors that the Academy Motion Picture did not recognize Palestine as a state according to their regulations. The film was considered for an Oscar the following year as the committee decided to treat Palestine as an exception. 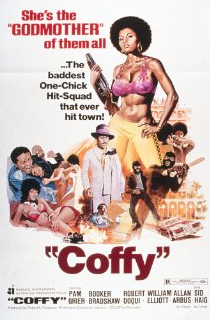 Coffy is one of the best-known blaxploitations films of the 1970ies. Pam Grier plays Coffy, a seemingly virtuous nurse, who, next to her work, mingles with pimps and drug dealers to avange her sister's drug addiction. Like all exploitation films, Coffy (the film) steps over the boundaries of good taste. Pam Grier, who enjoyed late fame in Quentin Tarantino's Jackie Brown, incorporates in the film several stereotypes at once. Coffy is a virtuous woman who plays the vamp to get what she wants -- namely revenge. Coffy is sexy -- or dynamite, as the soundtrack lets us know. Yet Coffy is more than a sexualized character. Coffy knows what she wants, how to get it, and how to defeat evil forces within her community. The film makes fun of all kind of stereotypes about black people that circulated at its time, from black criminality (pimping, drug selling) to hypersexualized black masculinity and feminity. Through humour, the film thereby comments upon the racializing discourses of its time, without taking away any kind of visual pleasure from the viewers. 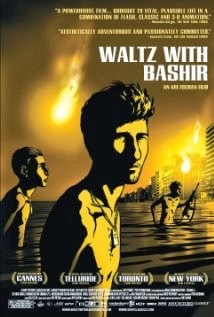 Waltz With Bashir is a powerful testimony to the damages of war, the workings of memory and repression, and the challenges they post to representation and narrative. Written and directed by Ari Folman, it is an animated, semi-autobiographical film about his attempts to recover the lost memory of his experience as a soldier in the 1982 Lebanon War.
Composed largely of nightmares and flashbacks, Waltz With Bashir has been called an “animated documentary,” yet it does not make any overt claim to historical accuracy. Instead it is an investigation into the human psyche, focusing on long-term traumatic effects on some Israeli soldiers, and, by definition, to some extent also on Israeli society in general. 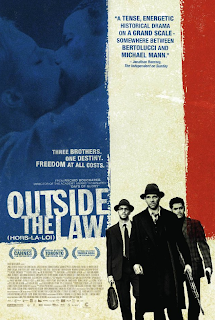 Rachid Bouchareb offers a gripping insight into the Algerian independence struggle through the lives of three brothers -- The Observer  May 8, 2011 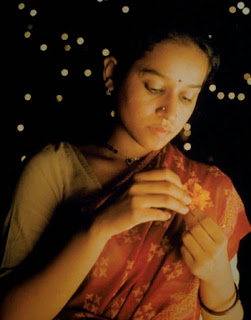 A true classic of a Bollywood cinema, Monsoon Wedding (2001) depicts romantic entanglements during a traditional Punjabi Hindu wedding in Delhi. The movie follows the events in the large Verma family of Delhi, as their daughter Aditi prepares to marry Hemant, a computer programmer from Houston. He is an "NRI" (non-resident Indian), who has returned to meet the bride selected by his parents for an arranged marriage. However, Aditi has agreed to the arranged marriage partly out of impatience with her married lover's vague talk about someday divorcing his wife. The extended family of both parties comes together from all corners of the globe including India, Australia, Oman, and the United States to attend the wedding, everyone bringing their emotional baggage along.

Monsoon Wedding won the Golden Lion as the best film at Venice 2001 and has been praised by critics and global audiences alike for its vibrant colors and the energy of a Bollywood spectacle. Currently, a musical adaptation is being made by the same director.